The first Greenairport Partner Meeting on April 4 started with an overview of current environmental issues and developments.

Gábor Szarvas, Director of EHS, said Budapest Airport remains committed to maintaining its carboxylic rating, which meant that the company was targeting a further 10% reduction for the 2019-2021 period compared to its 2016 per capita emissions.

Reducing the carbon footprint is also due to the recent installation of four new electric car chargers at the airport near Terminal 1, which will allow faster recharging of electric cars used by partners than previous chargers.

BUD Oszkár, which is soon to be launched, is also responsible for the greening of transport. The ride-sharing application will give people with the bud-e-mail address the opportunity to join or join others in the work.

Another important topic of the event was waste management and waste reduction, which was introduced by Pál Hegedűs terminal manager by presenting the process of waste management at the airport. In his presentation, he said that the volume of waste is increasing proportionally to the growth of passenger traffic at the airport, and also the opportunities offered to partners. Companies operating in Budapest Airport may require a selective waste collection container, which is discharged free of charge by the BUD. However, the efficiency of selective waste collection should be further developed through appropriate communication to minimize the need for labor-intensive post-sorting, as only sorted waste of sufficient purity can be handed over.

Gergely Hankó, Managing Director of KSZGYSZ (Association of Environmental Service Providers and Manufacturers), talked about the history of our earth, the current global waste crisis and the possible solutions. Not only did his presentation reveal whether there was a difference between waste and garbage, but also what the university had taught about garbology (garbage), but also what a company could do to reduce its waste. As a good example, he said that there is a parcel delivery company that once again puts boxes that have been used as disposable packaging material again with over-labeling, saving significant amounts of waste and costs.

Gergely Hankó also reported on the recent European Parliament decision (SUP directive) that will affect everyone in one way or another. According to the panel's decision, from 2021, easily replaceable disposable plastics are banned, such as plastic cutlery, straws, mixers, balloons or earplugs.

The waste problem has reached such a scale that we can only do it together. At the event, we also present the tools and ideas we can do at home, around our house, to reduce our waste.

CEAS is committed to the use of green technologies and is therefore a founding member of the Budapest Green Airport project. 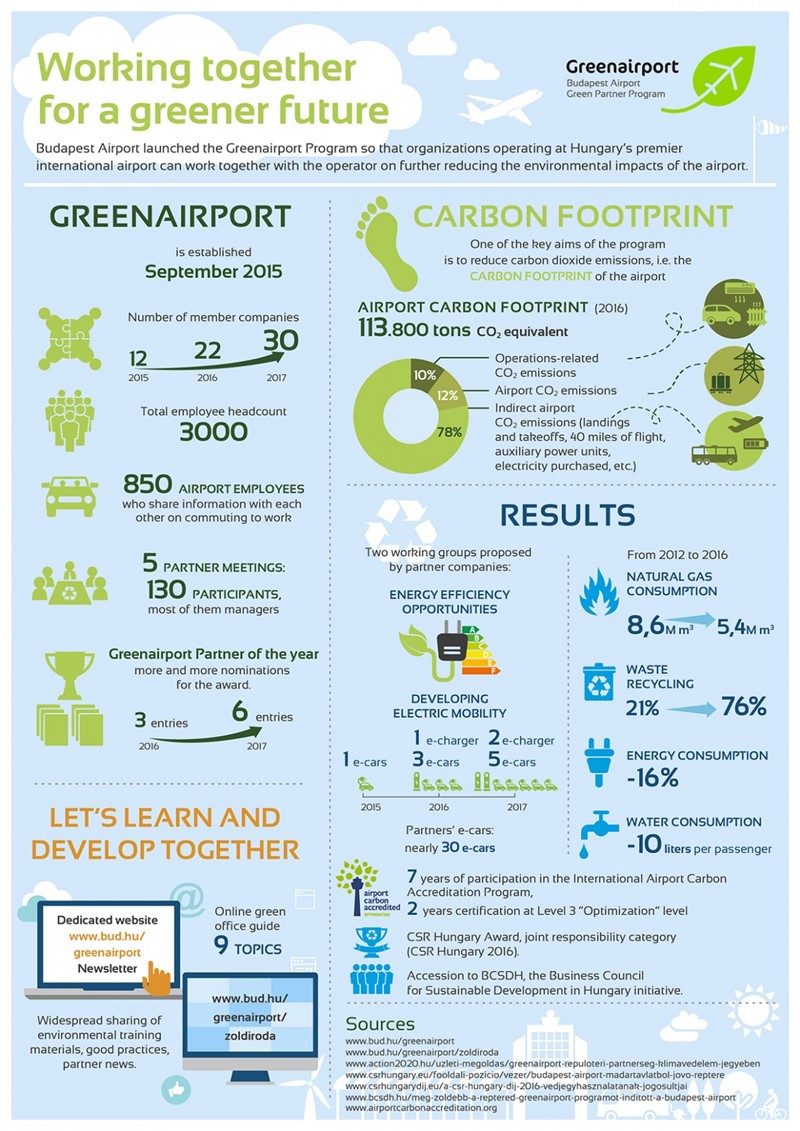